“Scene dentro noi”, thirty oil drawings on paper for the first of a new series of books edited and produced by Galleria Tricromia. A new project in contrast, to make the book more material and unique, which highlights the dissent towards a superficial usability. The Artist’s Book makes it the Artist, and so he has made available to the latter a container, a medium, to customize freely. The work it contains is a unique and unique body is the specimen within it. 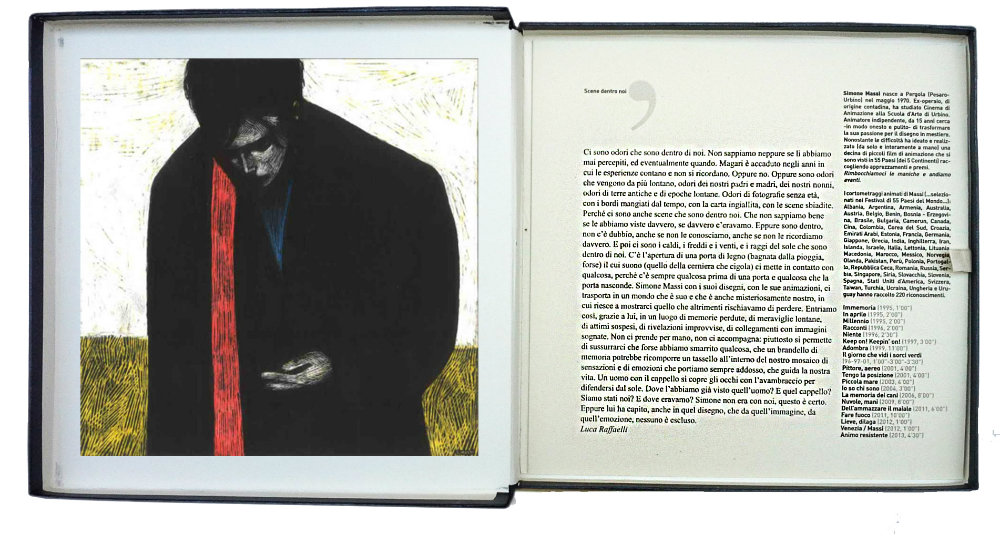 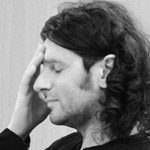 There are smells that are inside us. We don’t even know if we have ever perceived them, and eventually when. Maybe it happened in the years when experiences count and they don’t remember. Or not. Or they are smells that come from further away, smells of our fathers and mothers, of our grandparents, smells of ancient lands and distant ages. Smells of ageless photographs, with time-eating edges, with yellowed paper, with faded scenes. Because there are also scenes that are inside us. That we don’t know very well if we really saw them, if we really were there. And yet they’re inside, no doubt, even if we don’t know them, even if we don’t really remember them. And then there are the warm, the cold and the winds, and the rays of the sun that are inside us. There is the opening of a wooden door (wet with rain, perhaps) whose sound (that of the zipper squeaking) puts us in contact with something, because there is always something before a door and something that the door hides. Simone Massi with his drawings, with his animations, transports us into a world that is his and that is also mysteriously ours, in which he can show us what we otherwise risked losing. Thus, thanks to him, we enter a place of lost memories, of distant wonders, of suspended moments, of sudden revelations, of links with dreamed images. It does not take us by the hand, it does not accompany us: rather it allows us to whisper that perhaps we have lost something, that a shred of memory could recompose a piece within our mosaic of feelings and emotions that we always carry on, leading our lives. A man with a hat covers his eyes with his forearm to defend himself from the sun. Where have we already seen that man? And that hat?  We are.  Luca Raffaelli