“PAESAGGIO IN BREVE” WATERCOLORS THAT TELL THE LANDSCAPE A THEME DEAR TO TULLIO PERICOLI,CREATED FOR THE NEW “ARTIST BOK” PROJECT Tullio Pericoli was born in Colli del Tronto, near Ascoli Piceno, in 1936. He moved to Milan in 1961 and soon became an established artist.
In the 1970s he started to work regularly for the cartoon magazine «Linus», for the daily newspaper «Corriere della Sera» (from 1974), and for the weekly magazine «L’Espresso». At the same time there where exhibitions of his work in Milan, Parma, Urbino and at the Olivetti centre in Ivrea. After illustrating an editon of Robinson Crusoe for Olivetti, he exhibited the original works in Milan (at the Padiglione of Arte Contemporanea), Bologna, Genoa and Rome.
From 1984 he began contributing illustrations regularly for the daily «La Repubblica».

The Tricromia gallery in 2010 exhibited a series of portraits by Samuel Beckett by Tullio Pericoli.

The Tricromia gallery in 2013 “Paesaggio in breve” watercolor watercolors that tell the landscape  a theme dear to Tullio Pericoli,created for the new “Artist Bok” project 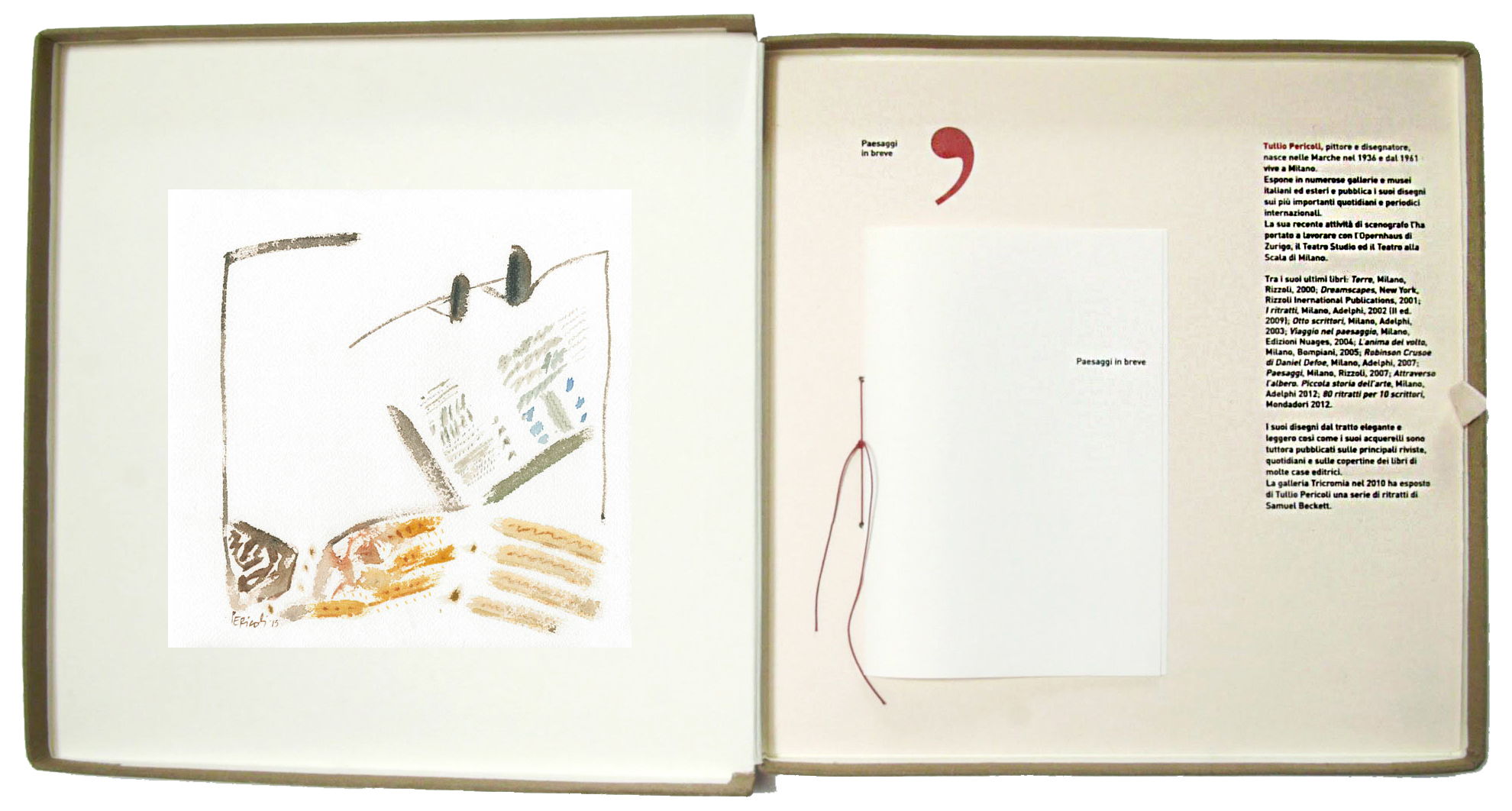 Beppe Sebaste has drawn, for the occasion, through a poetic written, an introductory path to the exhibition from which these words are taken: (…) Way within the “landscapes in brief” by Tullio Dangers, vague and divago somewhere in the world between Twombly, Cézanne and Ambrogio Lorenzetti, as in a book that does not end, or as in a poem by the great Wallace Stevens: (…) these landscapes also speak to me a lot about writing: writing with your hands, the art of tracing signs and bas-reliefs sometimes imperceptible but not virtual; and that other writing of the earth and in the earth, cultivated fields and also “manuscripts”, patchwork of idioms and spellings, like fabrics made of remnants of different textures; lands, not by chance of reassuring beauty, sewn with a babel of scriptures, epics and languages.