For each cover there are different preparatory drawings and some of them are also digitally colored; the original plates are all in oil on board, 18x28cm size. He is currently working on 7 other titles for the series Universale Economica Feltrinelli for a re-edition of Isabel Allende, and for the new novel by Benni. He has realized three new UEF-approved covers for Pennac, not yet published. 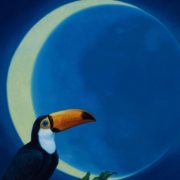 Marco Ventura paints with oil colors, like the painters of past centuries. As they know how to take care of the design down to the smallest details, respecting proportions and perspective. Like them he makes extremely detailed pencil sketches. Like them he proceeds to thin shades of color, working slowly without making compromises dictated by deadlines. His personal touch, however, takes him beyond realism, to the territories of surrealism, magic and irony. 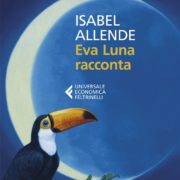 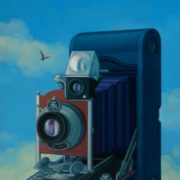 Marco Ventura was born in Milan in 1963 in a family of artists. He studied at the Brera Academy of Fine Arts and at the School of Visual Arts in New York; he worked as a freelance illustrator for publishers and advertising agencies around the world. He has received several awards, including two silver medals from the American Society of Illustrators. Several/Lots of / Many of his works are part of private collections and collections of the Vatican Museums, two of his portraits were recently exhibited in London at the National Portrait Gallery for the BP Portrait Award, and at the Royal Society of Portrait Painters. He collaborates as a teacher with the IED in Milan.